Burns and the Ulster Scots: Aughnacloy

The second night of the mini-tour was near Aughnacloy. This time for a wonderful little community, many of whom are farmers. A big thanks to Bertie Graham for setting this up and showing me his farm up on the hill. 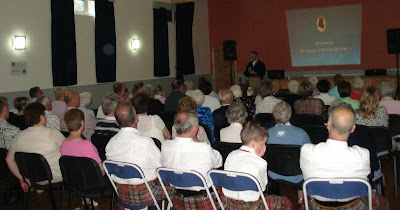 The support this time was provided by the local Pipe Band who put on a creditable show, and also some local Country Dancers, who even let RB join them for a Virginia Reel! Then an audience of some 70 or so, listened to the Bard's tale. We had a great evening and stayed on quite late....with all the crowd remaining to the end - always a good sign! A HUGE thanks to Lorana who put me up for the night. 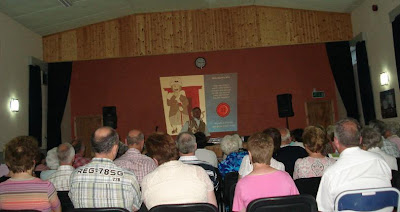 .....and that was it.....the second of our fleeting visits to NI.......a superb time, in lovely weather...and hopefully one we can repeat another time.
Posted by keltickev at 04:50 No comments: 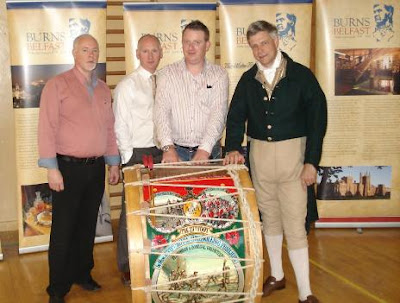 Some of the crowd...after the show
With a HUGE thanks to Trevor Watson for setting up the whole event.
Posted by keltickev at 04:36 2 comments:

Burns for the SNP 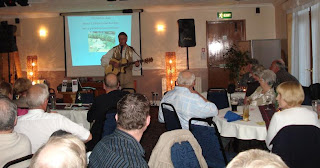 The Bard and I were invited to the Sands Hotel in Burntisland recently, by the SNP to help celebrate the Year of the Homecoming. A very enthusiastic crowd of around forty, including some councillors and even an MSP, enjoyed the Bard's story and a selection of his songs and poems - some more well-known than others. They were in great voice especially with Scots Wha Hae. ...seen here.

The hotel supplied a well received Taste of Scotland at the interval, which added to the enjoyment. Many positive comments were received at the end of the evening and particular favourites mentioned were Tam O Shanter and The Gowden Locks of Anna.
Posted by keltickev at 14:20 1 comment: