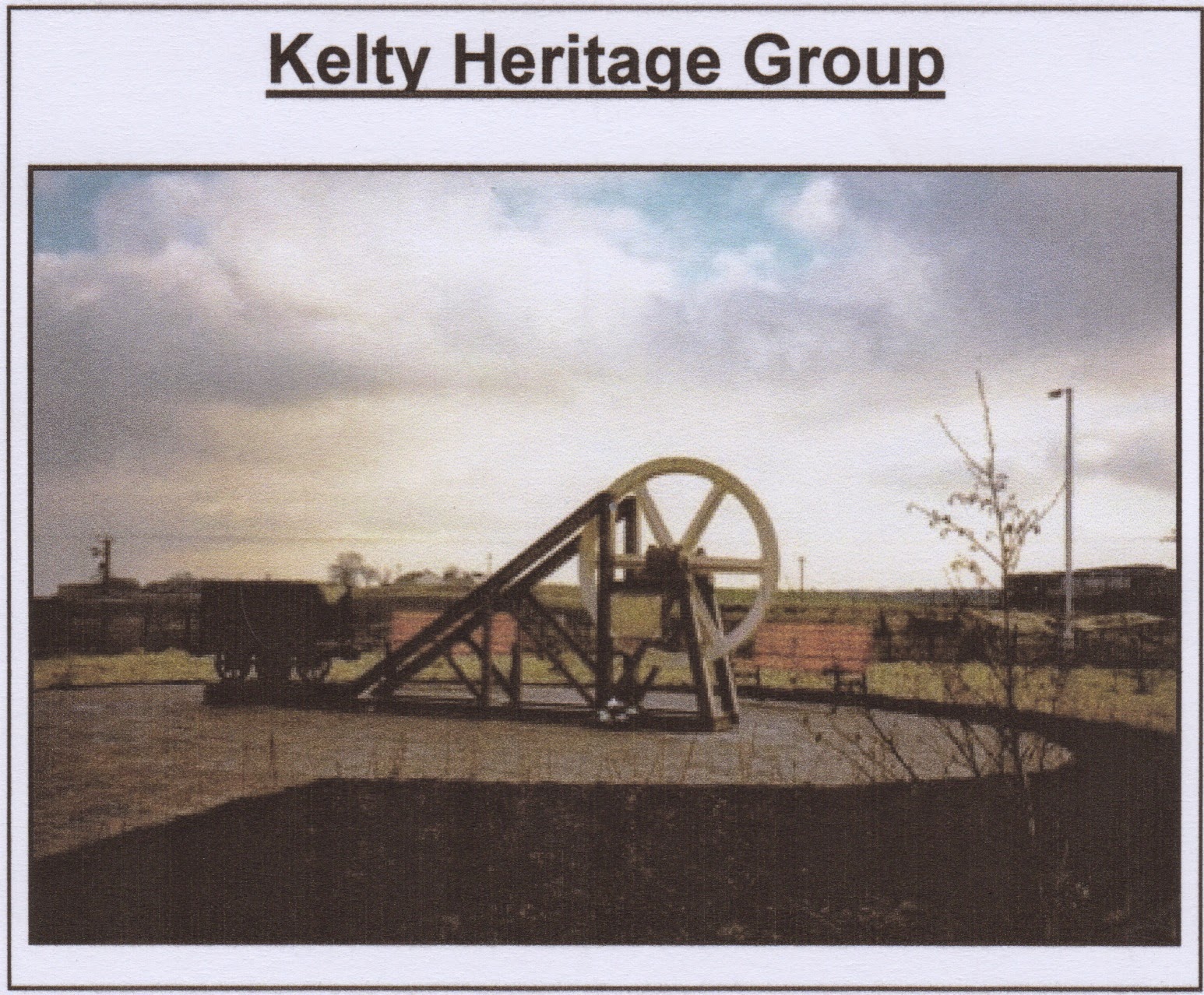 Although the show was written for Burns 250th anniversary there has been quite a bit of interest again recently.  So much so that we have been out on the road again.  Sadly I omitted to Blog these but intend to rectify that!
In the interim we've been back in a few schools but also to many historical and heritage societies and groups including Torrieburn, Dunfermline, Kinross and last night the latest Kelty.
Once again the show proved  popular amongst an adult audience as well as for youngsters!
Posted by keltickev at 03:15 No comments: 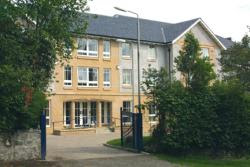 The Bard and I braved the snow and freezing fog today en route to visiting Lomond School in Helensburgh, in the West of Scotland. This proved to be a modern building and a keen group of pupils, some of whom had learned more than one poem or two.... They also had some splendid paintings of the Bard around the hall as can be seen here... 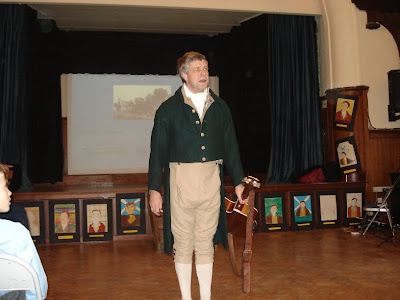 They were happy to join in the singing and we even had a soloist who performed a lovely version of Ae Fond Kiss, to the delight of her classmates. 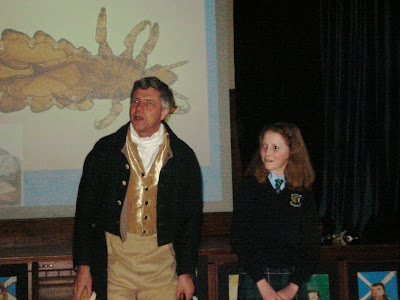 Another student was happy to recite To a Louse, after I explained about Lunardi, showing they are taking the Bard's works seriously. At the end I was given a warm, spontaneous and prolonged round of applause which was gratefully received!

A special thanks to the two soloists and to the teacher who took the photos.
Posted by keltickev at 12:24 No comments:

The Bard and I travelled westwards today to Plains near Airdrie. There we visited the new school of St David's Primary - in its smart premises. We spent a very pleasant hour and half with P5-7 who are very well up on their Burns! 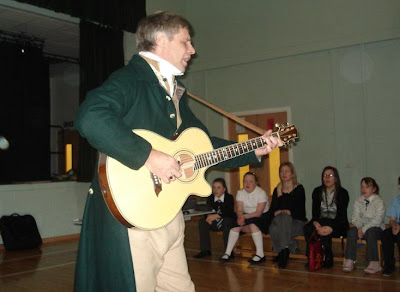 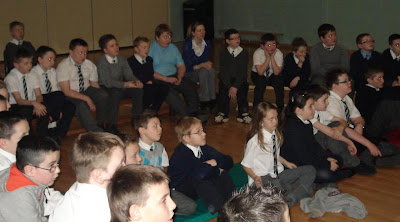 In fact they had held a supper just last night performing songs and poems themselves. At the start they managed to name more than 15 songs and poems - an excellent number as most schools manage only 2 or 3. 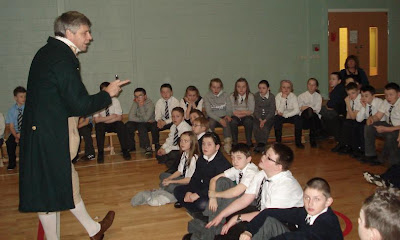 The young folks were keen to show off their talents too. They performed the Selkirk Grace, Ae Fond Kiss and extracts from Tam O Shanter! So, well done to them all. I also managed to scare my Louse volunteer! So bravely done to him for being targeted...

Finally, a huge thanks to the boys who helped me set up and to load the car afterwards, and to the teacher who took the photos!
Posted by keltickev at 09:11 No comments: 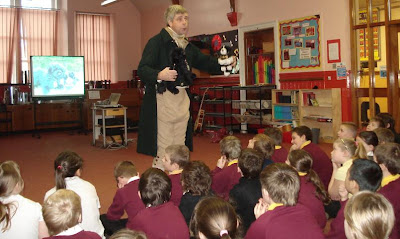 Ceasar and Luath do it again!
The Bard and I made it to Kelty today - a small town in Fife near the M90 and where a room full of P5-7 listened to the life and times of Rantin Rovin Robin.

The young people were very attentive and joined in well with the songs, gaining a 7/10 on my totally arbitrary scale. ;o) As ever the Twa Dugs scored well.....with multiple 'aaahhhhss' 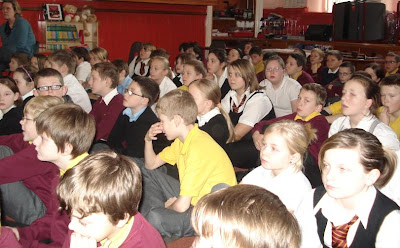 P6 listening well....
Thanks to the teachers for joining in and taking the photos.
Posted by keltickev at 04:26 No comments: 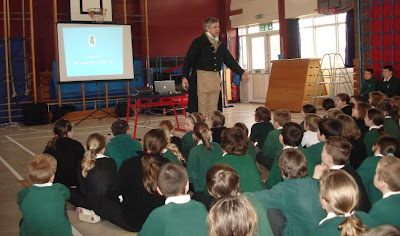 The Bard and I visited Craigbank Primary school today in Sauchie near Alloa. A lively school in the middle of a housing scheme with very enthusiastic youngsters. Over 150 packed into their hall this afternoon to listen to the bard's tale, interwoven into some other Scottish history as usual. 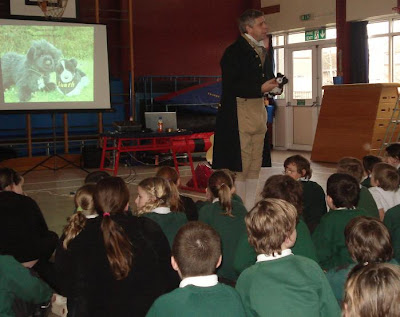 As ever Ceasar and Luath are a hit!

The younsgters were keen to sing and appreciative of the poems and humour. Well done to the young man who played the louse! ...and a big thanks to the teacher from NI who took the photos.
Posted by keltickev at 08:38 No comments:

The Bard and I had a great trip to Dalgety Bay Primary school in Fife today. A busy morning saw 2 shows; one for p3-4 and one for p5,6 & 7 and a special guest appearance at p1-2 assembly! We are both exhausted ;o) 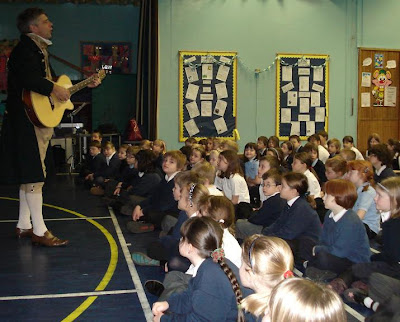 This is a big school and we managed to see lots of youngsters this morning. All were very enthusiastic and well behaved - a credit to the school. 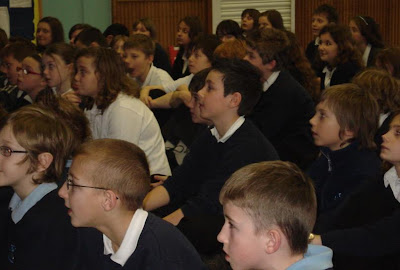 some attentive listeners from p6/7!

For the first time we were asked for some more 'modern' Scots songs with p3/4 so we had some fun with Granny being shoved off the bus - or not- and three craws sitting on a wall! 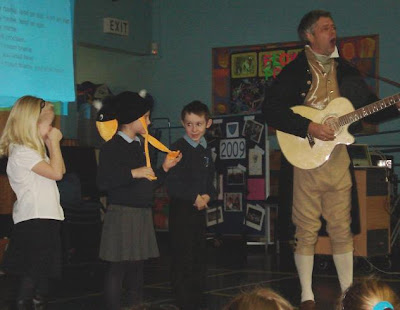 Three craws sat upon a wa' 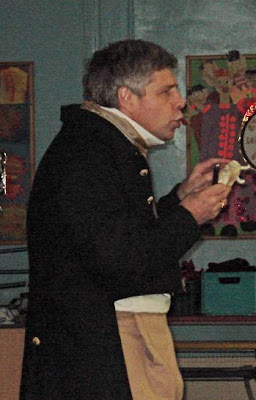 p3/4 loved the Louse and well done to the young man who heroically played the Louse's part! Although I think I sacred the living daylights out of him ;o)

I am sure Burns would have loved it! As ever a big thanks to the teachers who took photos and for the biccies and coffee....and a HUGE thanks to the young people who made it all worth while.

Posted by keltickev at 07:12 No comments:

The Bard goes high tech!
The Bard and I went online today! Something of a unique experience delivering a short version of the show using online conferencing software. We had 26 schools taking part from as far away as the Island of Lewis to Dundee to Dunoon with myself in Fife and Jennifer, the Glow expert, in Edinburgh. To my mind this is what technology is all about and what Glow should be doing much more of. We had pupils from 26 schools all singing Auld Lang Syne together although many hundreds of miles apart....cool or what! There were many questions showing how keen the young people were to take part and the whole thing has been saved for future broadcasts.
A definite success ;o) 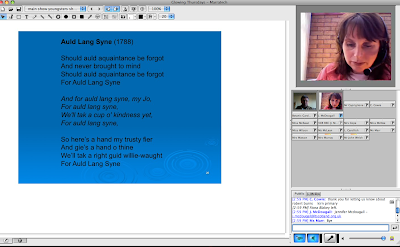 Posted by keltickev at 07:16 No comments: